"ITS NOT NECESSARILY THE AMOUNT OF TIME YOU SPEND AT PRACTICE; IT'S WHAT YOU PUT INTO PRACTICE"

Welcome to the Home of the Fort William Hurricanes Hockey Club

The Fort William Hurricanes Hockey Club would like to take this opportunity to welcome you to our web site.

The Fort William Hurricanes Hockey Club has been around the Thunder Bay area for eighty six years (incorporated in 1936). We will operate with three clubs  for the up coming hockey season. From  U18 "AA",  U18 "A". U15"A"We would like to welcome all to our Website, and hope you enjoy. We will updating information every day. The Fort William Hurricanes have been given their clubs with Thunder Bay Minor Hockey Assocation for the 2022-2023 upcoming hockey season. At this time we like to welcome all returning players and parents for the 2022-23 hockey season, good luck to all teams.

Come out to the rink and support your favourite Hurricane's club...

The Fort William Hurricanes Hockey Club would like to welcome everyone old and new to another hockey season.
We were awarded three clubs for the 2022-2023, they include the U18AA's, U18A's and the U15A's.

It was a battle between the first and second place teams in the Thunder Bay Minor Hockey League it would see the second place Current River Comets take on the front running Fort William Hurricanes in a very tough U18AA Division.
The Comets would score a 2-0 win over the Herks, with Jonathan Beaucage scoring once and chip in with one helper as well, Calum Keating was solid in goal stopping all twenty nine Hurricane's shots.
Current River would score with 1:19 left in period one with Beaucage finding net behind Canes starter Nicholas Webb. Shots were even at eight apiece.
There would be no scoring in the middle frame as both goalies were in a groove, with Current River holding a eight, seven shot advantage.
The final period belonged to Current River goalkeeper Keating as he turned aside thirteen Hurricane shots which earned him the shutout, with 0:38 seconds remaining in the game, Austin Nelson would seal the deal with an empty net goal, making the final 2-0 Comets.
The Herks failed to increase their lead atop the U18AA Division with the loss, this brings the Comets within one point of the leaders, with a game in hand.
Next game for the U18AA Hurricanes ( 7-3-1 )will be Wednesday December 7th, 20022, as they will face off against the ( 1-8-2 ) Volunteer Pool Bearcats, game time will be 9:00 pm, Delaney Arena.
================================================

Two goals by Lucas Wood lifted the U18A Fort William Hurricanes to a 4-2 win over the KC Sabres, with the win it vaulted them to a fifth seeded spot, in the Thunder Bay Minor Hockey standings.
The Sabres would get on the scoresheet first with Aidian Moonias scoring at 9:14 of the first period, the Herks would tie the game at 1-1 with Wood scoring his first of two at 4:54, that would be his third of the year. A minute later KC would regain the lead at 2-1 as Gavin Holowanky scored and the period would end with the Sabres clinging to a one goal lead. The Herks did manage to outshoot KC 12-8.
Lance Basalyga's ninth goal of the season tied the contest at 2-2, Wood's second goal of the game would give the Canes a 3-2 lead six minutes later and that would be his fourth of the season. The Hurricanes would carry a 3-2 lead after 30 minutes, also had an edge in shots, 8-7.
With just under two minutes remaining in the game, Zach Gothard's fouth of the year would secure the Herks the much needed win, after suffering two straight losses. Thomas MacGillivary would get the win in goal fracing 24 KC shots.
Next up for the U18A (5-6-2) team will be on Monday December 12th, 2022 at 8:00 pm, Fort William First Nation, they will be playing the Neebing Hawks (5-5-1).
-----------------------------------------------------------------

U18A's ON A ROLLER COASTER RIDE

The Fort William Hurricane U18A's are having quite a ride, playing almost halfway through the season as of November 30th, 2022 they are sitting in the number eight spot in the Thunder Bay Minor Hockey standings with a record of 4-6-2 for ten points after 12 games played.
After a four game win less skid, the U18A's would bounce back with a four game winning streak, with three wins, 6-1 over KC Sabres, 4-3 close one over Nipigon Elks, followed by a 6-2 win over the NorWest Stars, they would also tie the Thunder Bay Beavers 1-1.
After the winning streak came a mini losing streak of two games, which saw them lose 5-3 to the Westfort Rangers, and a 4-2 setback with the Current River Comets. They will have chance to climb back up to 500 before Christmas with two games remaining. A game versus the KC Sabres on Sunday December 4th and one more on the 12th of December. 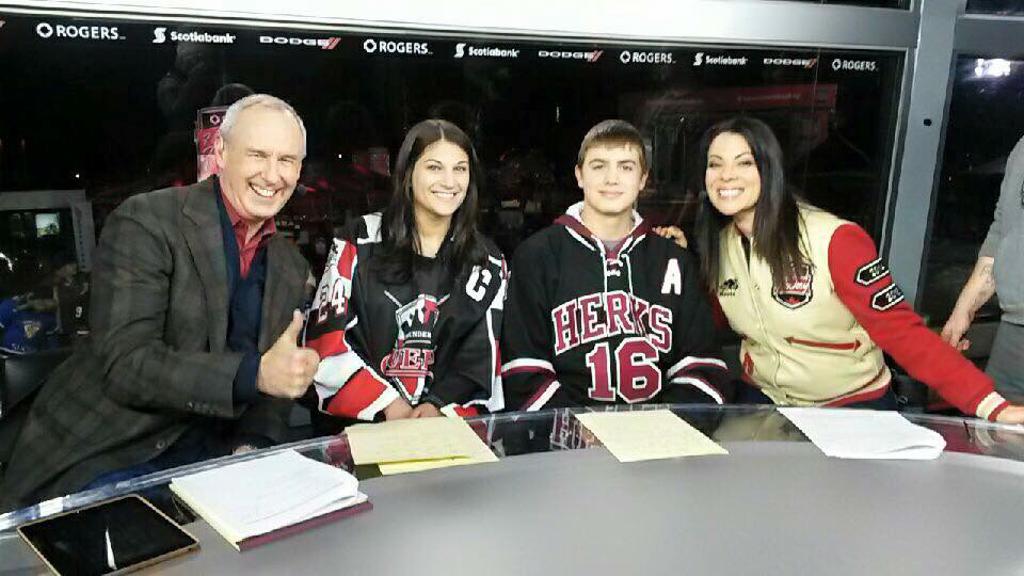